Here’s a really useful and easy project you can do with an Arduino. If you have a hard time reading the color bands on resistors like I do, this project is perfect for you. Instead of struggling every time you need to find the resistance of a resistor, just build an Ohm meter and measure all of your resistors. If you come up with a good way to label and organize them, you’ll never need to spend time guessing the difference between those tiny grey and purple bands again.

The circuit is really simple. All you need is an Arduino, the resistor you want to measure, and another resistor with a known value. We’ll set up a voltage divider with the known and unknown resistors, and measure the voltage between them with the Arduino. Then we’ll run a program that will calculate the resistance from Ohm’s Law.

Now, enter this code into the Arduino IDE and upload it to your board:

The program sets up analog pin A0 to read the voltage between the known resistor and the unknown resistor. You can use any other analog pin though, just change the pin number in line 1, and wire the circuit accordingly.

When you open up the serial monitor you’ll see the resistance values printed once per second. There will be two values, R2 and Vout.

Output the Readings to an LCD

One reader commented that they would like to display the resistance measurements on an LCD. This is easy to do. First you’ll want to read our tutorial on setting up an LCD display on the Arduino. That will show you how to connect everything. After you’ve got the LCD set up, connect the Ohm meter as shown above, and upload this program to the Arduino:

How Accurate Is It?

These are the readings I got with a 200 Ohm “unknown” resistor:

The values are pretty accurate, that’s only an error of 1.6%.

However, these are the readings I got when I measured a 220K Ohm “unknown” resistor:

That’s because I was still using a 1K Ohm known resistor. The accuracy of the Ohm meter will be poor if the value of the known resistor is much smaller or larger than the resistance of the unknown resistor.

The problem is easily fixed by using a known resistor that’s closer in value to the unknown resistor. Once I replaced the 1K Ohm known resistor with a 100K Ohm resistor, the accuracy of the measurements improved greatly.

Don’t forget to change the code above (where it says float R1 = 1000) to the value of your new known resistor.

These are the values I got with the same 220K Ohm “unknown” resistor and a 100K Ohm known resistor:

These values are much more accurate, with an error of about 1.8%.

Here’s a video tutorial for this project if you want to see the Ohm meter working:

This project should help you identify your resistors without the guesswork involved in reading color bands. I just measured all of my resistors and wrote the resistance value on the paper strips holding them together. It’ a lot easier than looking at the color bands every time you need a certain resistor!

If you’re having trouble with this project, just leave a comment below and I’ll try to answer it… And if you liked this tutorial, be sure to subscribe and we’ll send out an email to let you know when we publish new articles!

Getting Started with the Arduino – Controlling the LED (Part 1) 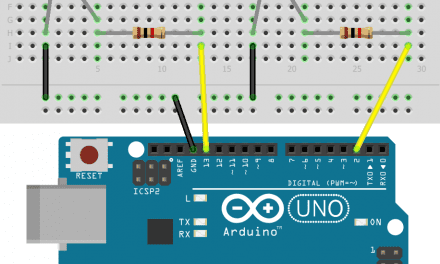 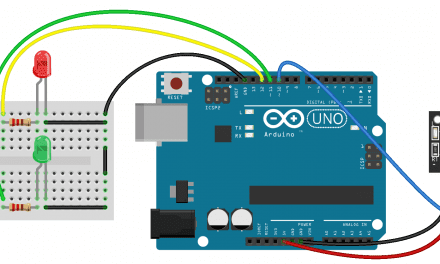 How to Use Tilt Sensors on the Arduino 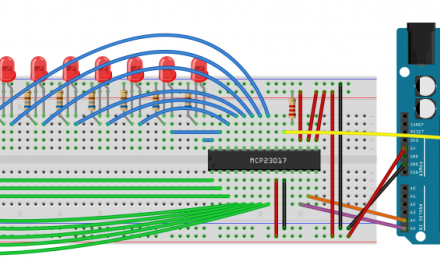 Quick Start Guide for Making an Ohm Meter With an Arduino