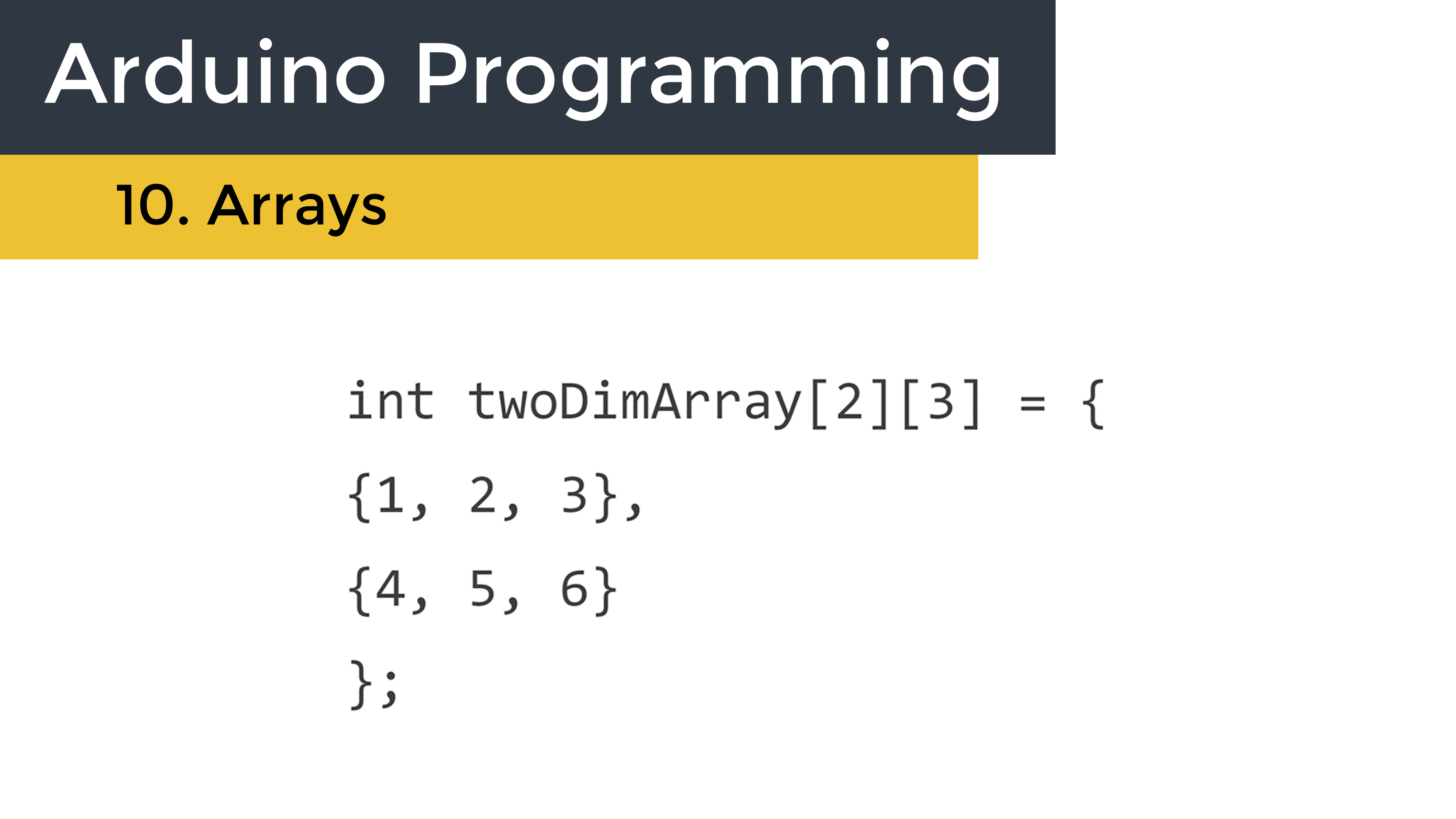 Arrays are like variables – they can store sensor readings, text strings, and Boolean values like high and low. But a variable can only store one value at a time. Arrays can store multiple values at the same time. If you think of a variable as a storage container for data, arrays are like that container but with dividers that you can use to store multiple pieces of data.

Arrays are especially useful for controlling LED matrixes, matrix keypads, and LCD displays on the Arduino.

How to Use Arrays on the Arduino

Elements are the values you want to store in the array. In this array, there are five elements (3, 5, 2, 8, and 9), so the array index is 5. The elements of an array are written inside curly brackets and separated by commas. This is called an array initializer list.

To use the elements of an array in a sketch, write the name of the of the array and put the index of the element in square brackets.

For example, say you wanted to print the number eight from the array above to the serial monitor. The number eight element has an index of three, so the code would look like this:

To do this, declare the array at the top of the sketch by writing the name of the array and the array index in square brackets like this:

Later in the sketch, you can store different values in the array by setting the array equal to the element you want stored in a particular index number. The index number goes inside the square brackets. For example, this assigns the number four to index two of the array[] array:

Any data type can be used in an array. Float, string, byte, and char data types can all be used. But all of the elements in the array need to have the same data type.

When using char arrays, the array size needs to be one greater than the number of actual characters. The extra element stores the null character. For example, to use an array of chars to store the word “hello”, use this:

There are only five characters in “hello”, but the array index is six.

Arrays are commonly used with for loops to automatically set pin numbers or to control the voltage state of multiple pins at the same time.

As an example of how to use arrays on the Arduino, let’s build a circuit that controls an array of LEDs. Each LED in the array will blink on and off one after the other.

This project uses the following parts:

The cathode of each LED is connected to ground via a 220 Ohm current limiting resistor. Once the circuit is connected, upload this code to the Arduino:

This project is perfect for arrays since there are lots of pins all doing pretty much the same thing – turning LEDs on and off. At the top of the sketch, we initialize an array called ledPins[] to store the six pin numbers that are connected to the LEDs (pins 7-12).

Normally we would set the pin modes for each pin in the setup() section with separate pinMode() functions. But now that the pins are stored in the ledPins[] array, we can use a for loop to set them with just two lines of code. In the condition of the for loop, we declare a count variable i, and set it equal to 0. Then we set the index of each element with i<6. Next, i++ increments the count variable i by one with each iteration of the for loop.

In the body of the for loop there is a pinMode() function. The first argument of the pinMode() function is normally the pin number that will be set as an input or output, but instead we can enter the ledPins[] array with the count variable i inside the square brackets. Each pin will be an output, so the second argument of pinMode() is OUTPUT. The for loop will loop six times, setting the pin mode to output for each element in the ledPins[] array.

In the loop() section we have another for loop that will make each LED blink on and off for 500 milliseconds, one after the other.

In the body of the for loop we digital write the elements of the ledPins[] array high and low to blink the LEDs on and off. But instead of using a pin number as the first argument of each digitalWrite() function, we can use the ledPins[] array with the count variable j inside the square brackets.

The elements of a two dimensional array are initialized inside two sets of curly braces:

For example, to access the number one in the two dimensional array above, use this code:

twoDimArray[][] can be used as the input to a Serial.print(), digitalWrite(), or any other function.

For example, to print the number six in the array above to the serial monitor we would use the following code:

Hope this article helps you to understand how to use arrays on the Arduino. Be sure to leave a comment below if you have questions about anything! 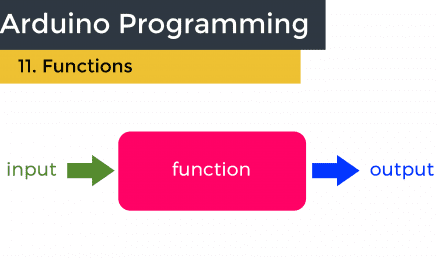 How to Use Functions in Arduino Programming 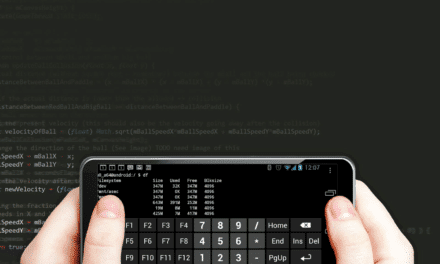