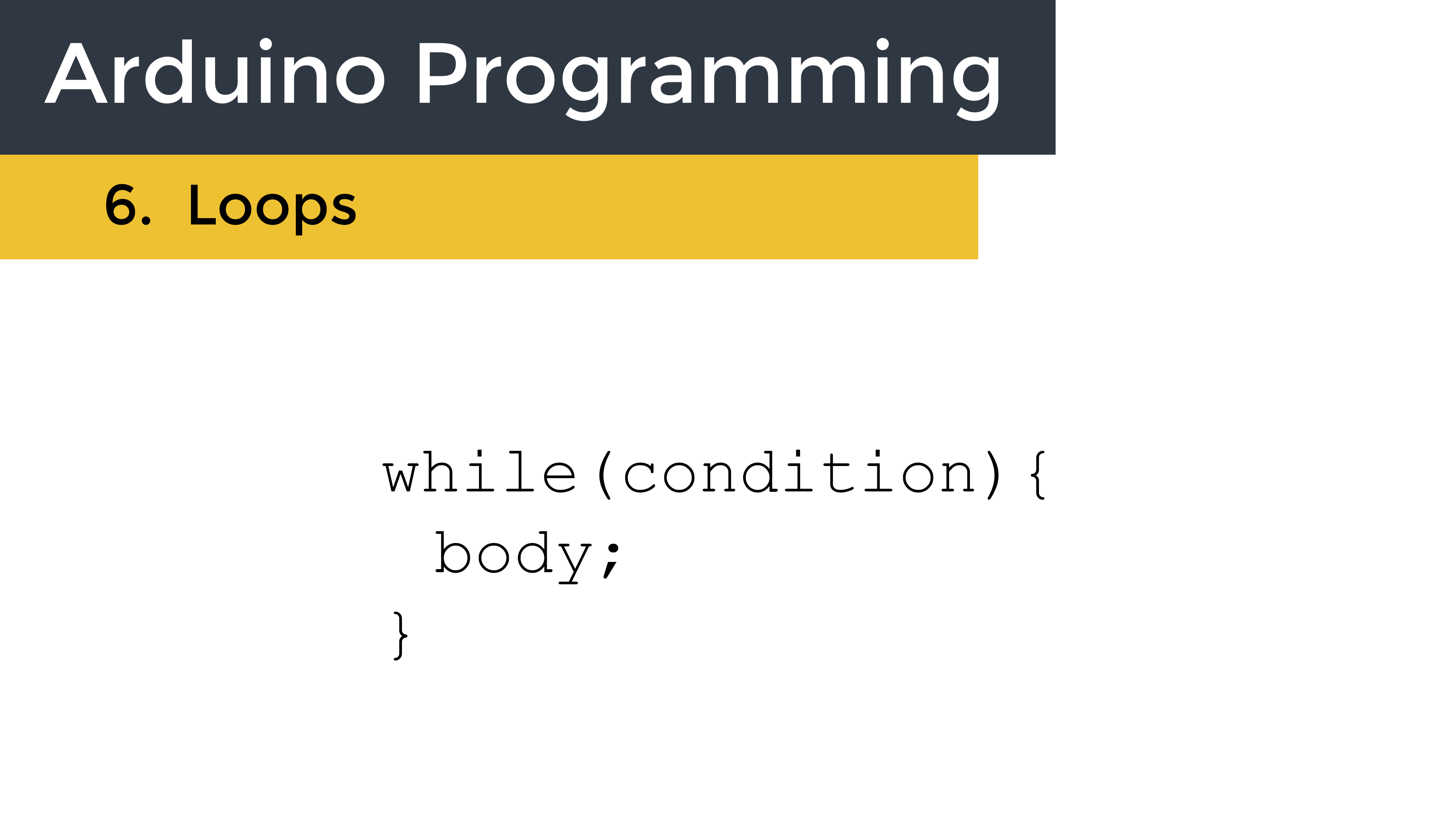 Loops are used to control the flow of a program. In a loop, a block of code is executed over and over again. Each cycle of the loop is called an iteration of the loop. Depending on certain conditions that you can define in the code, you can control whether the program enters the loop or not.

Every Arduino sketch has at least one loop – the main loop or void loop() section. But it can be very useful to have other loops operating inside of the main loop.

In this article, we will discuss while loops, do while loops, for loops. We will see how to use these loops in an Arduino program with an example project that blinks an LED only when a button is pressed. We will also see how to perform operations like setting the pin modes of multiple pins at the same time with a for loop.

The code for a while loop looks like this:

As an example of how to use a while loop, let’s build a circuit that will blink an LED as long as a push-button is pressed.

In the setup() section, we set the buttonPin as an input with the internal pull-up resistor. Then we set the ledPin as an output.

In the loop() section, we declare a variable called buttonState, and set it equal to digitalRead(buttonPin). This will read the voltage state detected at the buttonPin (pin 7) and store the result in the buttonState variable.

Do while loops work the same way as regular while loops, except that the body code is executed before the test for the condition occurs. So even if the condition is false, the code in the body will be run at least once. The code for a do while loop looks like this:

For loops are frequently used to increment and decrement counters, or to initialize large numbers of pins at the same time. For loops evaluate a set of three parameters – the initialization value, the condition, and the iteration:

One useful application of for loops is to initialize multiple pins at the same time. For example, take a look at this code that could be used to set Arduino pins 0-9 as outputs:

Using a for loop, you can do the same thing with only three lines of code:

We want the loop control variable i to increase by one every time through the loop, so we use i++ for the iteration value.

In the first iteration of the loop, i will be set to zero. Zero is less than ten, so the condition is true, and the code in the body will be executed. In the pinMode() function, the first parameter would usually be the pin number we want to initialize. But we can use the loop control variable i instead, so digital pin zero will be set as an output.

The next time through the loop, the iteration value i++ will make the loop control variable increase by one. So i will now equal one. One is still less than ten, so the Arduino enters the body of the for loop. Since i equals one now, pin one will be set as an output.

The for loop will continue iterating, increasing i by one each time until i is no longer less than ten. When i equals ten, the condition becomes false and the Arduino exits the for loop to continue on with the rest of the sketch.

For example, you can use break to exit the loop when a specific event occurs:

In this example, break; is placed inside of an if statement. If x equals three, the Arduino will enter the body of the if statement and execute the break command. That will cause the sketch to exit the for loop, so “Hello” will not be printed to the serial monitor. But since Serial.print("Goodbye"); is outside of the for loop, “Goodbye” will be printed to the serial monitor.

The continue keyword allows even more control over the action of loops. Continue causes the sketch to stop the current iteration of the loop, and start with a new cycle.

With the continue command, the sketch doesn’t exit the for loop, it just jumps to the start of the next iteration. The loop control variable keeps its value, so the count is not lost. The continue keyword is a way to cut short an iteration of a loop when a certain event occurs.

Understanding how the different types of loops work are important if you want full control over how your sketch operates. They’re not an easy topic to master, but with a bit of practice and some experimentation, you’ll be able to use them to get full control over the flow of your sketches. Feel free to leave a comment below if you have any questions! 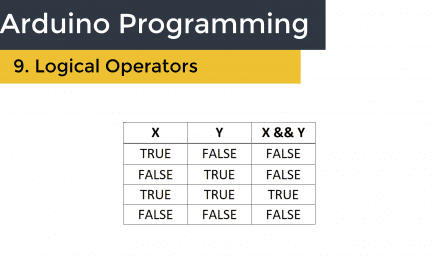 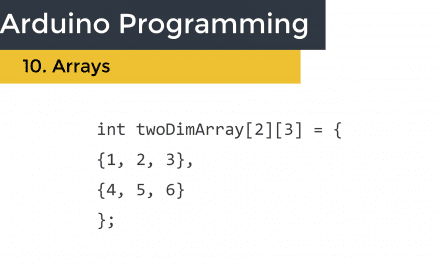 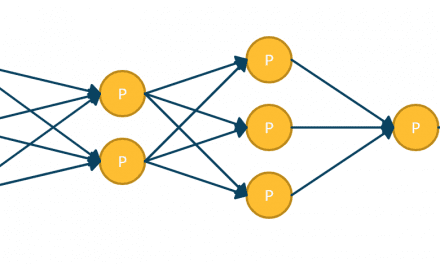