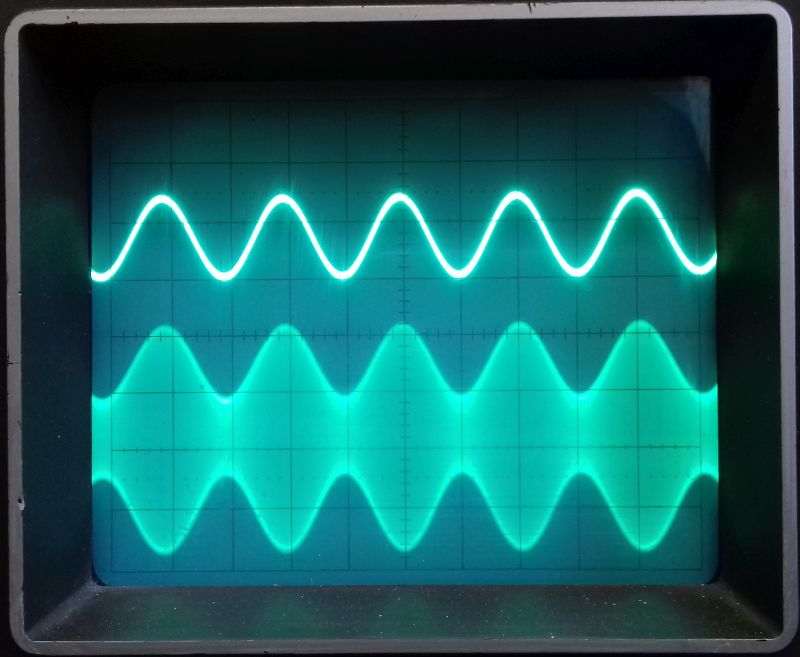 Many radios might have a band switch that might say something like: ”FM, MW, and SW.” This is really a mistake carried forward by history since the advent of FM, which is transmitted at VHF (88 – 108MHz). It’s wrong because FM (Frequency Modulation) describes a modulation method while MW (Medium Wave) describes a wavelength.

But for now, forget about FM (we will cover that in another article), and let’s get clear about MW, SW, and AM.

Medium Wave (MW) is a band of radio frequencies extending from 530kHz to 1700kHz. A short wave or SW extends beyond that, or up to about 30MHz. The relationship between wavelength and frequency is wavelength = 300/frequency(MHz), so 1000kHz has a wavelength of 300m. And the 49m SW broadcast band has a frequency of 300/49 = 6.1MHz.

MW and SW were the main broadcast radio bands until the advent of FM. They are still popular today as they offer better distant coverage, especially at night via the ionosphere.

Radio stations in the MW and SW bands transmit their material using Amplitude Modulation (AM). This means that the transmitter radio (or carrier) signal is modulated with the music or speech content so that the carrier’s amplitude is varied about the incoming speech or music. AM is also used on all aircraft radios from 108 to 136MHz.

AM was very popular during the post-war period as it was simple to make transmitters. But with the availability of crystal and mechanical filters and dual conversion transmitters, AM fell into decline. CW and SSB became more popular.

Before we look at any circuits, you need to be quite clear that it is illegal to broadcast anything, including AM, unless you have a license to do so. Licensed radio amateurs may broadcast AM on certain frequencies only. The reason is that AM takes up more band space than other modes such as SSB and CW (single sideband and continuous wave).

Below is an unmodulated carrier at the left and the same carrier modulated with a sine wave audio tone. As you can see, the modulation causes the carrier peak to peak value to increase in proportion.

Below are two amplitude modulated waveforms, including the actual audio modulating signal, with 50% modulation at left and 100% modulation at right. The un-modulated carrier level was the same in both.

In the circuit above, MK1 is an electret microphone, Q1 is an audio amplifier, R2 sets the drive level, which modulates the base of Q2, affecting the collector current. Q2 is a Colpitts oscillator with a tuned circuit on the collector with L1, C3. You could be mistaken for thinking this was a tuned load and that you would tune for a peak, but it actually sets the frequency over a fairly wide range in the MW band. As before, f = 1/2π√(LC). C4 would connect to an antenna.

I made a quick lash-up of this circuit to see if it works, and the results are shown below.

In this case, the audio was fed in at the wiper of R2 from an audio signal generator (you need to do this and also feed the audio into the ext trig of the scope to get a frozen waveform).

MW works pretty much as a ground wave signal. Commercial stations running 500kW will cover a few hundred to a few thousand miles in daylight. As the ionosphere “rises” at night time, especially at the higher end of the band, these signals will bounce of ionospheric layers and cover considerably larger, even intercontinental distances.

Note on antennas: The simplest antenna would be an end-fed quarter wavelength of wire as high as possible fed against a good ground. A quarter-wave has a low impedance at its feed point, providing a reasonable match to the transmitter. The length would be l=300/f(Mhz), so for 1MHz l = 300/1 = 300m thus, ¼ would be 300/4 =75m.

Rather long indeed! Commercial AM stations have antennas covering several acres of land, often on towers hundreds of feet high.

However, there is little point in making AM transmitters even if you are a licensed radio ham, as there are better options such as double side-band and single side-band to explore. 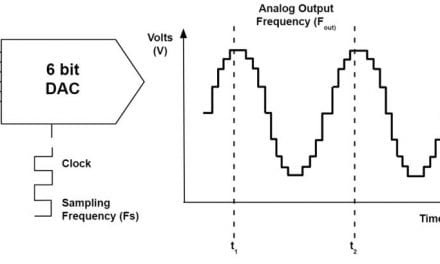 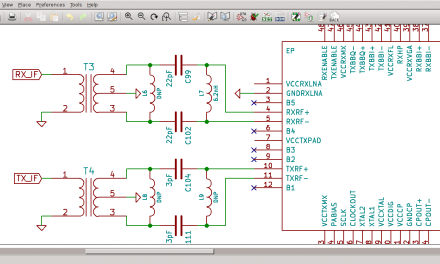 What is Circuit Design? 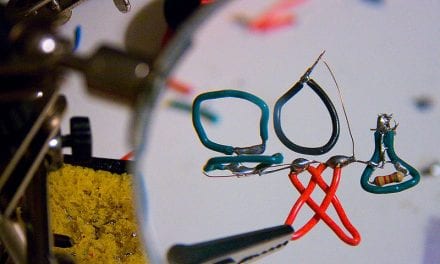 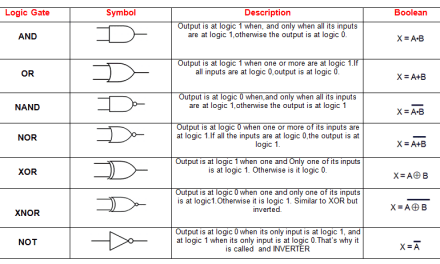 What is Digital Logic?