In the early 70s, two American companies, Intel and Texas Instruments, introduced microprocessors and microcontrollers to the world. These companies envisioned a future that was to be dominated by single-chip integrated computers.

Today, such devices play critical roles in almost all consumer electronic devices, automotive, aerospace, instrumentation, and control systems. Meaning you can find it in every production and nearly every home on the planet. We have become dependent on microcontrollers, yet surprisingly, only a few people really know what a microcontroller is.

In this tutorial, we will attempt to answer that question. We will also give a short overview of the most popular microcontrollers in the market and advances that have been made so far to make working with microcontrollers easy.

To understand what a microcontroller is from the basics, let us first define what a system is. The diagram below illustrates a system as a collection of parts or devices with three features: input, process, and output. A system accepts at least one input, performs some action on that input, and gives out at one or more outputs.

Just like any typical system, a microcontroller system also has inputs, processes, and outputs. The exact number of attributes depends on the project at hand.

Examples of Devices that can be Controlled by Microcontrollers

Microcontrollers use instructions to determine the state or to control external devices. We find such devices in almost every aspect of our lives, especially applications requiring repetitive operations or high-speed computations. Here are a few examples of devices that microcontrollers can control:

What is a Development Board

But experienced users find it easy to build circuits on the breadboard. However, when the complexity of the circuit increases, it becomes difficult too to use the breadboard. That’s where development boards come in handy.

In this way, you can focus on the program functionality rather than assembly instruction sets or program debuggers.

Take Arduino, for instance. New learners getting started with microcontrollers find AVR GCC quite intimidating compared with the Arduino programming language. This means that Arduino offers new learners a gentle introduction to the field of microcontrollers, and the learning curve is shallow.

Ample community support means that you will get lots of help quickly when you get stuck. The tables below summarize some of the factors you may consider when selecting a microcontroller for your project.

Microcontrollers may not be sufficient for some projects. In that case, you can select from a wide range of single-board computers. Single-board computers are ideal for developers and hobbyists. They are great for use in robotics applications, the Internet of Things, bright house, industrial automation, process control, and human-machine interface. Here is a summary of some of the most popular single-board computers

So that’s a brief overview of the most popular platforms on the market today! However, this is not an exhaustive list and only includes some of the most common microcontroller tools. There are still a lot of third-party tools for programming and compiling microcontrollers out there. 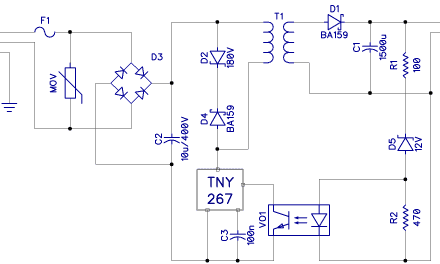 How to Build a Switch Mode Power Supply