This is the final article in a three part series on operational amplifiers. Be sure to check out the previous two articles if you haven’t already:

Shown below is the schematic and output diagram for a simple comparator.

This circuit forms the basis for many applications, including zero-crossing detectors, relaxation oscillators, level shifters, analog-to-digital converters, window detectors, and Schmitt triggers, to name a few.

In the schematic above, the two resistors at the -ve input of the op amp are equal, making Vref = Vcc/2. When Vin exceeds this point, the output rapidly goes high. When Vin falls below Vref, the output goes low again.

Adding some positive feedback with resistor R2 turns it into a Schmidt trigger with the hysteresis controlled by R2/R1. Most 555 timer applications are based on the use of their own internal comparator.

Shown below is a precision rectifier, used in converting an AC power source into DC:

Diode D1 rectifies and inverts the input AC waveform, resulting in the waveform shown above resistor R4. IC2 is an adder and inverter and creates the full-wave rectified output. Note that putting a capacitor across resistor R2 would result in smoother DC at the output.

Shown below is a peak detector, where the output follows the peak value of the input.

IC1 is doing the detection, and IC2 is just a buffer to preserve a very high impedance needed by capacitor C1, which is charging up to the peak value. Resistor R3 is slowly discharging it. C1 should be a tantalum capacitor.

Peak detector circuits are often used in an audio amplifier or audio mixer to set the input level below the point where clipping might occur.

The constant volume amplifier shown below is a favorite of mine.

The output level of this amplifier remains constant over a large range of an input signal (about 30dB), with minimal distortion. Below is a chart of the measured response (note that the scale is logarithmic):

Resistor R1 is chosen to set the gain depending on the expected range of input signals. For example:

This concludes this three-part series on operational amplifiers. Be sure to check out the previous articles in the series:

Hope you enjoyed this series on op-amps and hope you build some of these circuits as well. Feel free to leave a comment below if you have any questions! 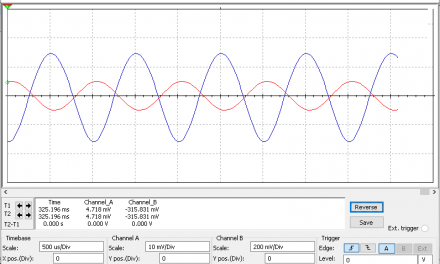 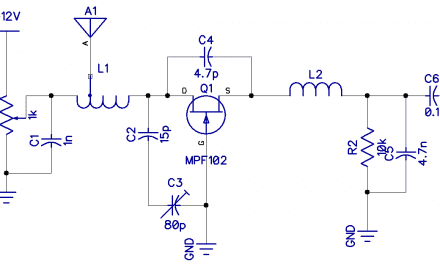 How to Build an FM Radio Receiver