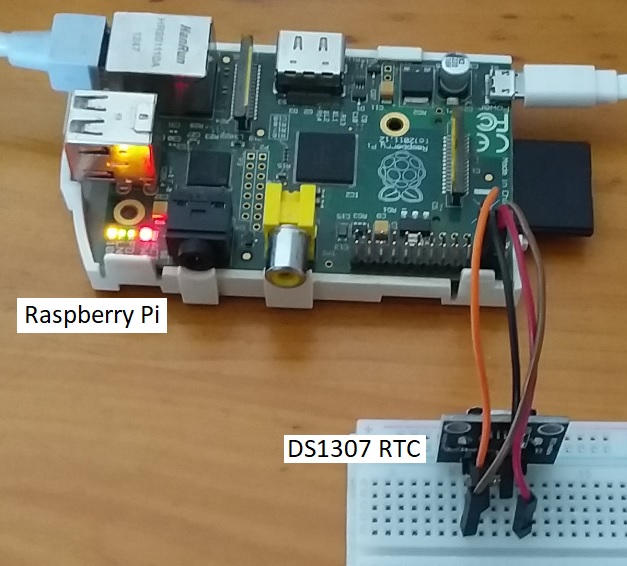 What are real-time clocks

A real-time clock is an electronic integrated circuit (IC) for accurately keeping track of the date and time. NXP and Microchip are the biggest vendors in this market. An RTC module consists of the real time clock chip, a coin cell battery holder, a crystal oscillator, and an I2C interface. Pin headers are also added to make it easy for users to connect to their applications.

Uses for real-time clocks on the Raspberry Pi

The DS1307 IC uses I2C serial interface for communicating with the host CPU. However, we will not delve deep into the inner workings of the I2C interface on the Raspberry Pi. That topic has been covered extensively in previous tutorials on I2C LCDs and I2C basics.

Pin Description of the DS1307 IC

The DS1307 operates as a slave device. It obtains access to the serial bus by performing a START sequence and providing the IC’s identification and an address for the registers.

The DS1307 module has an input power port and a battery port. When the external power input (Vcc) falls below 1.25 x Vbat, the IC terminates access to on-going processes. When Vcc falls below Vbat, the IC switches into a low current and relies on the cell. It will only switch back to Vcc when Vcc goes higher than Vbat + 0.2V.

How to connect a real-time clock to the Raspberry Pi

Follow this wiring diagram to connect the DS1307 RTC module to the Raspberry Pi:

How to configure the real-time clock

The first thing we need to do on the Raspberry Pi is to enable the I2C interface by using the sudo rasp-config command. The navigation to the I2C interface settings differ from distro to distro, but they are mainly found under the Interfacing options menu. Navigate to the correct options until you get to the I2C window, as shown in the diagram below.

Click yes to enable the I2C interface. Recent Raspbian distros have the RTC and DS1307 modules loaded in the kernel, so we do not need to install anything. However, if you are using early versions of Raspbian, you need to install the packages which enable the Raspberry Pi to interact with the RTC module. Communication is basically via an I2C link, so before we use the module, we need to install the I2C drivers. We use the following command:

We load the RTC module by running :

Then, run as super user by typing sudo bash and then use the following command:

Next, exit root user by typing exit on the terminal. After that, we need to add a device tree overlay opening the config file and adding the text: dtoverlay=i2c-rtc,ds1307.

Then, we need to load the I2C module at boot time so we add the following lines of text to the modules file:

Lastly, we need to create a script that updates the Raspberry Pi time from the hardware clock at boot. We add the following lines of code to the /etc/rc.local file.

Reboot the Raspberry Pi and check whether the DS1307 RTC module has been detected. Run the following command:

How to check the date and time output by the RTC

Next, we need to check whether the RTC time has been updated. To check the current RTC time, we run:

And we get the following output:

The image above shows a sample output from the RTC. The date and time details are represented as:

How to set the date and time on the RTC

Finally, we need to ensure that the Raspberry Pi uses the date and time information from the RTC as the system date and time. We execute the command:

Here, we see that the Raspberry Pi system and the RTC year, month, date, hour, and minute details have been synchronized. However, only the seconds are out of sync by a difference of 3 seconds, which may be negligible in some applications. In future research, we hope to investigate the causes of this difference.

This is the last step, but this is very important. Here, we want the Raspberry Pi to pick up and use the time from the RTC automatically. We may want the application to run remotely without manually using commands to update the Raspberry Pi system time. Here are the steps to follow.

We run the following commands in succession to disable the fake hardware clock:

Run sudo nano /lib/udev/hwclock-set and comment out the following lines of code:

Sync time from RTC to the Raspberry Pi on boot

Several authors have suggested editing the /etc/rc.local file. However, this did not help me sync the Raspberry Pi system time on boot. A simple workaround to this is to create a cron job that runs the command to update the time on boot. Open the crontab by running sudo crontab -e, and then add @reboot sudo hwclock -s at the end of the file.

Congratulations! We’re done setting up the RTC on our Raspberry Pi. The next time we boot the Raspberry Pi, it will automatically sync with the RTC module’s time. Be sure to leave a comment below if you have questions about anything! 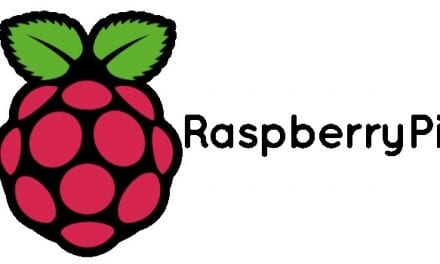 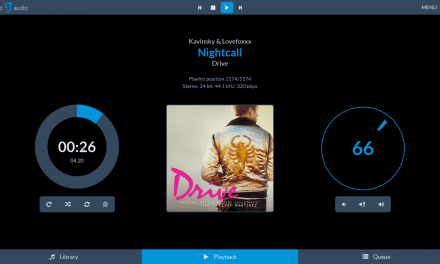 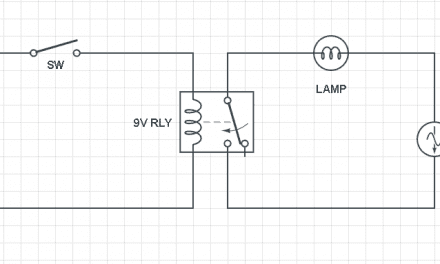