An inductor is a passive two-terminal electrical component that consists of a coil of wire. It is constructed like a resistor that has a simple length of wire coiled up. It stores energy in a magnetic field when electric current flows through it. An inductor typically consists of an insulated wire wound into a coil around a core designed to take advantage of magnetism and electricity. An inductor changes every time the current flows through it.

The time-varying magnetic field induces an electromotive force in the conductor described by Faraday’s law of induction. However, Lenz’s law states that the induced voltage has a polarity that opposes the change in current that created it. Therefore, inductors oppose any changes in current through them.

An inductor is capable of storing energy in the form of magnetic fields. As the electricity flows into the coil from left to right, it generates a magnetic field in a clockwise direction.

Uses of inductors depend in electrical transmission requirements. It can be used in the following:

When AC flows through inductors, it creates a current flow in the opposite direction. Then, the inductor chokes the AC flow and passes the DC. This is used in a power source where the AC supply converts into DC.

Through the use of inductors, the tuning circuits can select the desired frequency. Electronic devices such as radio tuning circuits and television use capacitors along with the inductor. It modifies the frequency and helps to select within multiple channels of frequency.

Inductors can store energy. The energy is stored as a magnetic field and will disappear when the power supply is removed. You can see this in computer circuits where power supplies can be switched.

Inductive proximity sensors are very reliable in operation and are contactless. The main principle behind it is inductance, which is the magnetic field in the coil opposing the flow of electric current. The proximity sensors mechanism is used in traffic lights to detect traffic density.

A relay behaves as an electrical switch. The use of an inductor coil in the switch that comes in contact with the flow of AC produces a magnetic field.

You can use a combination of inductors and capacitors as filters. The input signal frequency while entering the circuit is limited with the use of these filters. As the frequency of supply increases, the inductor’s impedance also increases.

The Magnetic Flux equation is given by:

There are different types of inductors depending on their material type.

Air core inductors are also known as ceramic core inductors since ceramic is the most commonly used material for inductor cores. Its main goal is to give a form for the coil. It has very low core losses and high-quality factor, making it ideal for high-frequency applications where low inductance values are required. Also, ceramic has a very low thermal coefficient of expansion. Even for a range of operating temperatures, the stability of the inductor’s inductance is high. There will be no increase in the permeability value due to the core material since ceramic has no magnetic properties. Constructing RF tuning coils, filter circuits, and snubber circuits use air-core inductors to ensure a lower peak inductance and in high-frequency applications such as TV and radio receivers. They are also used in the Theil network of some audio amplifiers.

Iron core inductors are the best option when you need small inductors. They have high power and high inductance value. However, they’re limited in high-frequency capacity. It is applicable in audio equipment, but unlike other core inductors, it has limited applications.

It is also called as ferromagnetic material. It has magnetic properties and consists of mixed metal oxide of iron and other elements to create the crystalline structures.

There are two types of ferrites – soft ferrites and hard ferrites. They are classified according to the magnetic coercivity, which is the magnetic field intensity required to demagnetize the ferromagnetic material from a complete saturation state to zero. A ferrite is composed of XFe204, where X represents transition materials. The magnetized material combinations mostly used are manganese and zinc (MnZn), or zinc and nickel (NiZn). There are a lot of applications of the ferrite core. It can be used at high and medium frequencies, in switching circuit and Pi Filters.

Calculating the Voltage Across an Inductor

For us to calculate the voltage across the inductor we need to find L first. L is the inductance expressed in Henry and the current’s derivative going through the inductor.

Example: If the current going through the inductor is 60sin (2000t) and its inductance is 70μH, what is the voltage across the inductor?

Calculating the Current Through an Inductor

For us to calculate the current through the inductor we need to find L first. L is the inductance expressed in Henry and the voltage’s integral going across the inductor.

Note: Io is the initial current going through the inductor, if there is any.

Calculating the Inductance of a Coil of Wire

In calculating the inductance of a coil of wire, we use the formula:

How to Build Wire Coil Inductors

To calculate the specific inductance in Henries, we can use the formula:

But in doing so, remember the following:

How to Wind the Coil

Example: Let’s say you need to make an inductor which produces an inductance of 20 μH. The diameter of the coil is 2 inches and the coil length is 2.25 inches. You need to find the number of turns of the coil.

Substituting the values in the above formula where:

1. Number of wire wraps or turns in the coil

The longer the coil’s length, the lesser the inductance, and conversely, the shorter the coil’s length, the greater the inductance. A widely spaced coil makes a relatively long coil. This coil type has fewer flux linkages due to the greater distance between each turn. Therefore, it has relatively low inductance. On the other hand, the coil that has closely spaced turns makes a relatively short coil. This close spacing increases the flux linkage, increasing the inductance of the coil. Doubling the length of a coil while keeping the same number of turns cuts the value of inductance in half.

Thanks for reading and feel free to leave a comment below if you have any questions. 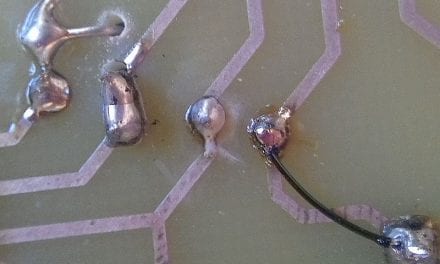 How to Troubleshoot Electronic Circuits